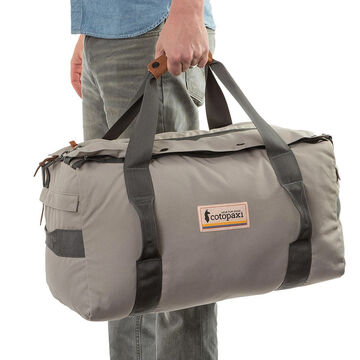 Sized for weekend getaways, spontaneous road trips and adventure travel, the spacious Chumpi 50 is a tough-as-nails, ultra-versatile duffel designed to haul your gear in style.

Tuck-away backpack straps and a removable shoulder sling complement the reinforced grab handles conveniently placed throughout, providing multiple carrying options for a variety of travel situations. Zippered compartments on both ends of the duffel promote organization, and a burly zipper with anti-snag flap gives you simple access to the main compartment.