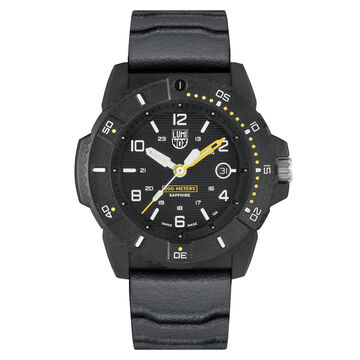 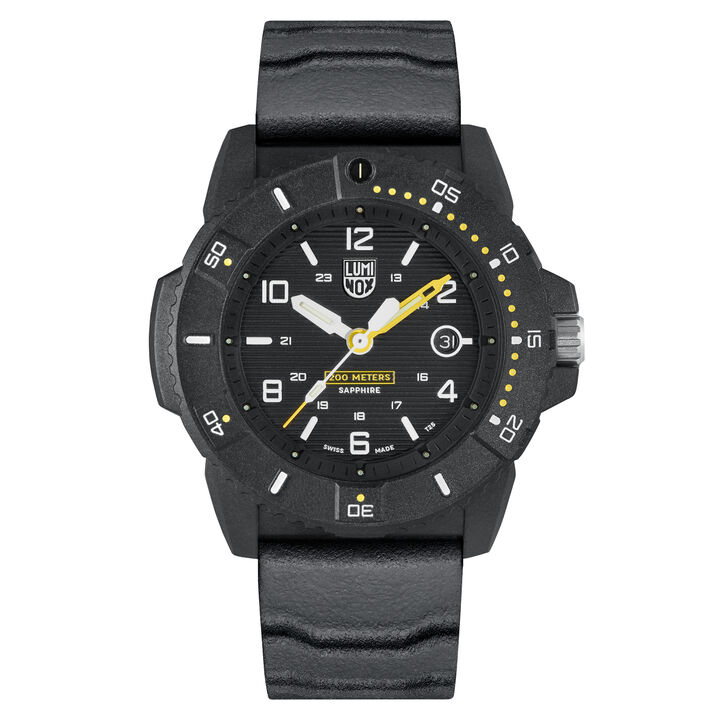 Swiss-made, the Navy Seal 3600 Series features Luminox® self-powered illumination, with constant glow for up to 25 years in any light condition, and a durable Carbonox™ case.

Besides being durable and lightweight, Carbonox is extremely comfortable to wear, shock-resistant, scratch-resistant and resistant to temperate changes. To add on, it also has a very strong chemical resistance and is non-metallic, anti-allergenic and anti-magnetic.

Luminox
Like many other American success stories, Luminox® came from a forward-thinking individual realizing a need in the market and meeting it. Barry Cohen, a watch industry veteran, came across a Swiss self-powered illumination system and knew that it would make watches more visible and easier to read in low or no light situations. He asked his friend Richard Timbo if he would like to join him. Luminox was born in 1989 (Lumi is Latin for light while Nox is Latin for night), driven by a commitment to offer cutting-edge luminescence and readability in its line of high-performance sports watches.

The Luminox Navy SEAL watch is the timepiece that made Luminox famous. The officer in charge of procurement for the Navy SEALs, Nick North, was asked to seek a more dependable watch for night missions and found the solution at a trade show where he discovered Luminox. He worked with Cohen to develop a watch specifically for them and the Navy SEAL watch was born.

After Luminox provided the watches to the SEALs, Luminox began marketing the watch across the country and the world. Luminox was then approached by US Air Force pilots flying the F-117 Nighthawk fighter jet - Luminox developed a watch for these pilots and contacted Lockheed Martin, which turned into an exclusive arrangement to produce Lockheed Martin timepieces.

Throughout the following 20 years, Luminox has never strayed from its mission and this has been confirmed and validated by the many elite military and law enforcement units that have adopted Luminox as standard equipment. The man on the street has shown particular interest in Luminox, figuring rightly that if the watches are designed for and used by the Navy SEALs, they have to be able to stand up to every day use.

From here on, Luminox remains determined to continue combining cutting edge technology, forward-thinking design and extreme performance. Luminox delivers, when and where it counts. It's our frame of mind.