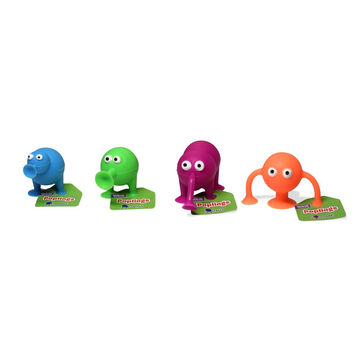 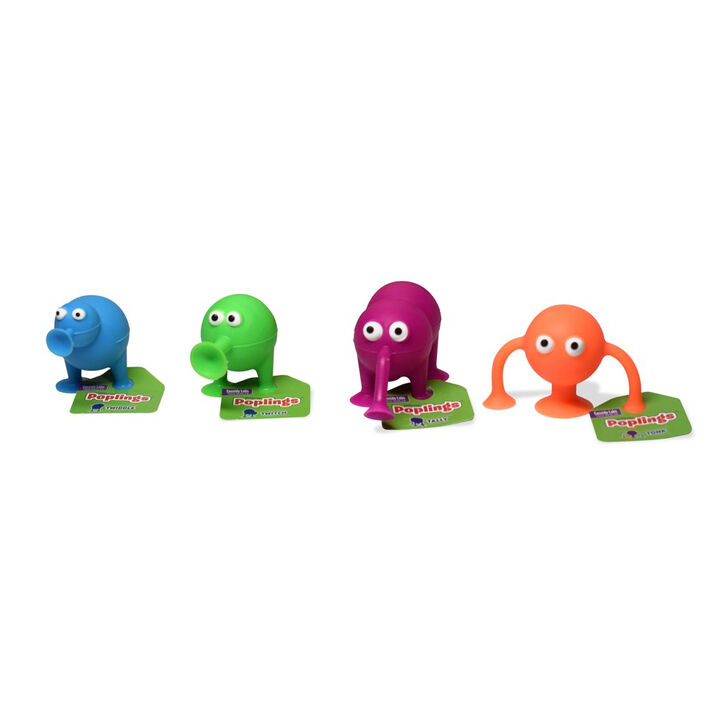 Press this little one on any smooth surface and it’ll stick. Pluck it off and hear a perfectly satisfying pop!

This is easily the cutest way to develop motor function. Kids will  love finding new surfaces for their Poplings to cling to.

* Assorted styles and colors - we will choose for you at time of purchase.

Cassidy Labs
Cassidy Labs® is run by two dudes who love growing, but have never grown up.

As college roommates, Scotty and Mike developed a shared philosophy that life is best lived through exploration and new experiences - that learning never stops - and that when you have a passion for discovery, the lines between work and play become indistinguishably blurred. Filled with a desire to share this perspective, Scotty began tapping into the mind of a seasoned veteran in the world of play: his father and founder of Klutz® Books, John "Cass" Cassidy. Cass instilled in Scotty the notion that creativity and innovation come from digging up the magic hidden all around us, flipping things over, and reading between the lines - something best accomplished through a familiar activity: playing.

Three years later, Scotty was gaining quick traction exercising his father’s wisdom. But, a growing business is a lot to juggle. Without hesitation, Scotty rescued Mike from his corporate job, summoning his help to spread the magic he started brewing. Now these guys are helping the next generation uncover one important secret to life, learning and discovery - Play is at the heart of it all.