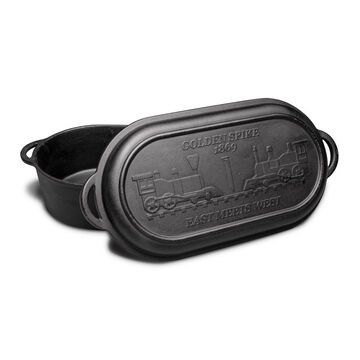 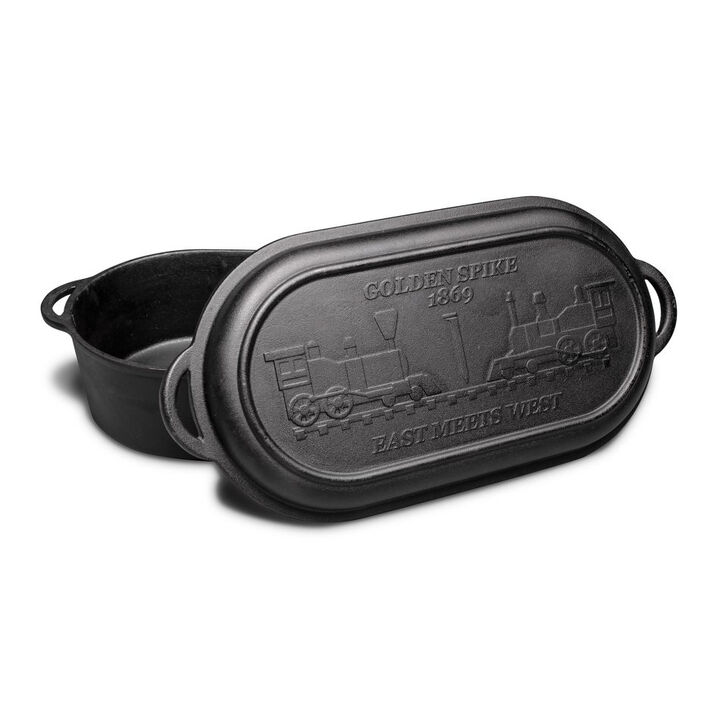 Feed up to 12 people with the Golden Spike Oval Roaster. The True Season™ cast iron finish is both durable and cook ready, right out of the box.

The Golden Spike Historic Site denotes the binding of our nation via railway. In May of 1869 the last spike was driven into the ground right here in Promontory Summit, Utah. To pay homage to this trivial event Camp Chef® created a beautiful 150th anniversary Golden Spike Oval Roaster.